After Irma we still had 3 weeks to go yet before I left to deer hunt in the Midwest.

We had inconsistent action in Tampa Bay. On two occasions there were no fish to be had. On a 3rd attempt. we had tarpons rolling all around the boat, but only were successful in landing 1 of 2 on a long day.While any time a GiantTarpon takes flight is a good day, our clients anticipate more consistent action and so do I.

I headed back to the south. It was there that I hit the big numbers of fish. There were no shutouts and we had multiple trips where we flew double digits of tarpon. This was more like it!

Temperatures stayed mild through December. Three days following Christmas, I was still jumping tarpon to 180 lbs in just 4 feet of water in the Captiva area.

Old Man Winter finally arrived shortly after. We took a blast of Arctic air and then a couple of reinforcing cool fronts. Water temps plummeted into the mid 50s.

While those atypical temperatures put a screeching halt on the tarpon fishing-it was needed. We have not had a winter in two years. The lack of cold water allows all of the fish to scatter out throughout their range. While some benefit from that, as a whole, it is the formula for a weak cycle of fish all year. We want the adult migratory tarpon to leave as they should.

Trout, redfish and sheepshead are the "bread and butter" species of winter. As it should, that is what is going on now. Snook and juvenile tarpon have made it deep into the backcountry where they belong. The migratory fish such as GiantTarpon, cobia, mackerel and kingfish have moved out. The stage for a good cycle of fish in 2018 is set and welcomed.

Now is the time to book for the best tides and moon phases for the remainder of the year.

I've attached some images dating back to the last blog on October 12th 2017. As you can see, short of the extremities of winter, we catch tarpon all year. No-tarpon fishing is not necessarily best in May and June. When is it best? Anytime the water is above 68F degrees AND the fishing pressure is minimal.

Feel free to contact me anytime to discuss the opportunities we have throughout the year. 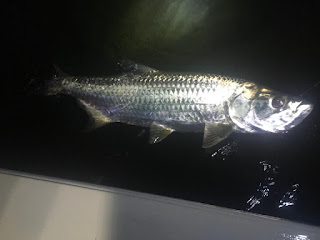 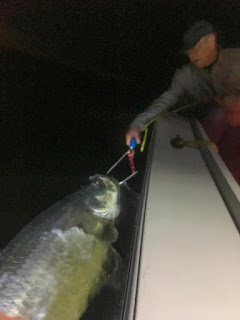 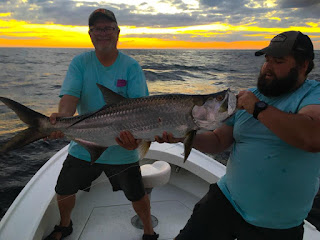 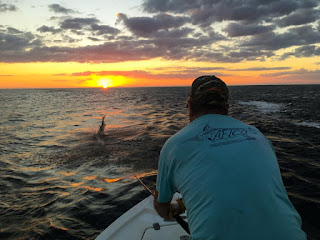 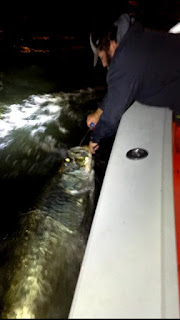 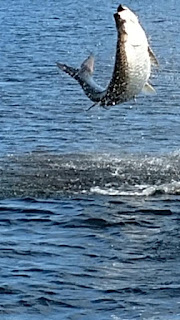 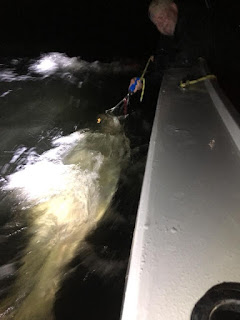 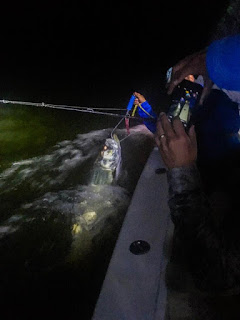 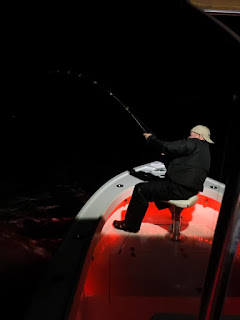 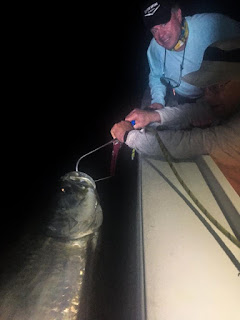 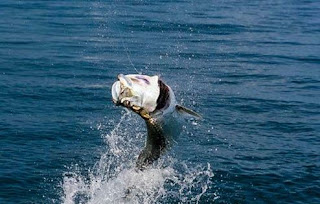 Posted by GiantTarpon at 4:18 PM